For some reason, I thought I would have much more time to write once my kids attended full-time school. They won’t have that many activities, I thought.
Whatever.
I guess shaving a month from summer vacation gave them room for all the half-days.
And being a charter school, there is no bus. I bet if I added up the hours I spent in my car the last year or two I could have driven to Disneyland at least twice. But I don’t need to go that distance for a ride, I mean, my life is one giant spinning tea cup as it is.
I do love my kids’ school though—fine art, drama, music, and at least one opera…
…concerts during the day, concerts at night…are the tires smoking?
What day job? 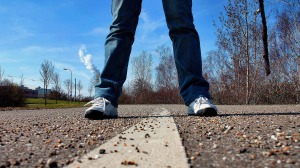 Does anyone else get stuck behind the retiree driving 5-10 miles under the speed limit when they’re running late (Do they need to go shopping this early?)? On those days, I get to the school so late it takes 20-30 minutes of line-waiting to reach my kids.
But hey! We can read books in line, right? I read an entire anthology this school year while waiting in line.
At the end of the day, it’s worth the wait. The education C and N gets is invaluable, whether it’s in class, on stage or on the playground.
Speaking of waiting, people have been asking me about the progress of my book, the second in the City of Light Series. It’s coming, I promise. After a few final tweaks, it should be ready to go (Should anyone be interested in receiving an ARC, shoot me an email at srossbooks@gmail.com). The name, you say?

(that’s the opposite of waiting in line).