Happy Monday! Willow Dressel is back today, continuing her series on biblical skeptics. The beginning of her series started here.

I’m back with more information on the movie God’s Not Dead. If you recall, in the last blog covering this subject I identified the root idea “The natural world is all there is”, and the probing question “How much faith is required for that belief?”. We also went over quite a few red flag words. Let’s do a quick review: 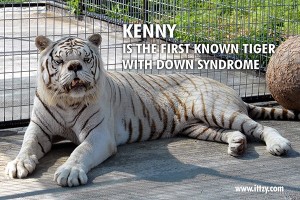 produce? The “earliest and simplest” single cell organism that is made up of a series of complex systems? I think not! But sadly evolutionists believe that mutation and natural selection can generate, by chance and randomness, the meaningful information that DNA carries and the highly complex system of the DNA itself. Let’s take a closer look…

Mutation: what the science skeptic means when he/she refers to mutation is the random genetic improvements passed on from one generation to the next that allows an organism to move up the “evolutionary ladder” (or tree), becoming, according to their theory, more complex. The plain and simple fact is that mutations can only degrade or rearrange existing genetic information. Mutation cannot generate new information. So the probing question to ask anyone who is stuck on mutation leading to new species is–can mutations generate new material and new information, that is new DNA with new coding.

Evolutionists believe so. They cling to “beneficial” mutations, such as malaria-resistant sickle cells and antibiotic-resistant bacteria, to try to prove their point. However, this really is a moot point because no new information or DNA is produced by mutations even though they claim that mutations are a naturalistic way that introduces DNA into an organism. They cling so adamantly to this because they need a way for creatures to evolve into something new. The other fact evolutionists either ignore or haven’t thought it through thoroughly is that mutations have harmful side affects such as severe anemia and even death in the case of sickle cell, and huge genetic information loss in the case of antibiotic-resistant bacteria.
You see, “genes are like sequences of letters (codes) that act as blueprints and instructions for a creature’s form and functions. A genetic mutation is analogous to the following sequence of letters:
“IWANTTOEVOLVE = the normal gene
IWaNtToEVOLVe = mutation (degraded)
OVATEVNOTLWIE = mutation (rearranged)
oVaTEVNOtLWIe = mutation (degraded and rearranged)
“No matter how you degrade or rearrange the message “IWANTTOEVOLVE”, you either get IWANTTOEVOLVE with slight modifications or you get gibberish. No new letters arise to create a new, more complex message.
“In the same way…suppose you have the blueprints for a Mercedes Benz. Could you repeatedly photocopy them hoping that a copy one hundred (or a million) generations later would randomly accumulate spots and smudges that transformed it into blueprints for the Space Shuttle or even an upgraded design for the Mercedes? The blueprint quality would get worse, not better, the more it was duplicated.
Mutations are incapable of generating new genetic information. But evolutionists 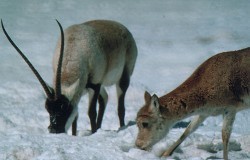 hold out faith that the hero of their theory, natural selection, can make it all work out.”1

Natural Selection: what the science skeptic means by natural selection is that the animals with adaptable traits survive (survival of the fittest) to pass on their genes. And animals with less adaptable genes die out. They believe that is the method or system by which increasingly organized and complex creatures come into being. It is true that natural selection (aka survival of the fittest) does occur. However this process has nothing to do with accumulating complexity, becoming more complex, or changing one species into another. In other words natural selection describes a process (adaptation of existing information), not the introduction of new information (DNA coding). “The important thing to note about natural selection is that it is a process of subtraction, not addition. It streamlines creatures for better survival in their existing environment by removing traits less suited for that environment…It cannot collect, assemble, or create new genetic features (new DNA) required to transform one kind of creature into a different kind that can survive in at completely different environment.

“A mosquito population can survive the threat of insecticide because of what it loses, not what it gains. Mosquitoes with a genetic weakness toward a particular insecticide die off. But the surviving, resistant mosquitoes become the new core population for a “stronger” next generation. (They may be stronger only against the original insecticide but vulnerable in other ways.) Is this new resistant group a sign that the mosquitoes are breaking the bonds of mosquitohood and evolving into a new creature? No. Their mosquito DNA dictates that they will remain mosquitoes. This new group has been “selected” to survive because it has lost the weak trait by losing the weak members of the group that carried it, not by evolving a new trait. The insecticide merely exposes a genetic resistance that these mosquitoes had all along.”2
The funny thing is, is that EVERYBODY gets this process with dogs (or horses, cats, etc). Nobody thinks that a Chihuahua will evolve (through breeding) into a bat or a monkey or another new type of animal. EVERYBODY knows you breed animals for certain traits, a lap dog for example. Or a racing horse, or hairless cat. EVERYBODY, including evolutionists know we can’t breed these animals into some new species. The fact is, that dogs remain dogs, horses remain horses, cats remain cats no matter how streamlined they have become for their environment.

I encourage you this week to look around at the world you live in. Do you see any familiar animals, or people for that matter, having young that aren’t of the parent species? I would bet my life that the answer is no. And scripture backs it up. Listen to 1 Corinthians 15:39; “All flesh is not the same flesh: but there is one kind of flesh of men, another flesh of beasts, another of fishes, and another of birds.” If you read further, (verses 37-44) you will find even more references to major distinctive realms including botanical (God giveth…to every seed his own body.), physical (There are also celestial bodies, and bodies terrestrial: but the glory of the celestial is one, and the glory of the terrestrial is another), astral: (There is one glory of the sun, and another glory of the moon, and another glory of the stars: for one star differeth from another star in glory), and spiritual: (There is a natural body, and there is a spiritual body).

God has provided for everything…we just need to open our eyes and hearts and trust Him!