She’s the queen of prose, the storyteller of the century—she’s Tosca Lee, the author that will make even the non-reader devour the written word.

Her latest book will be released tomorrow. Here’s a bit about The Legend of Sheba: Rise of a Queen, and an interview with the author herself (stay tuned for a giveaway):

There is the story you know: A foreign queen, journeying north with a caravan of riches to pay tribute to a king favored by the One God. The tale of a queen conquered by a king

and god both before returning to her own land laden with gifts.

That is the tale you were meant to believe.

Which means most of it is a lie.

The truth is far more than even the storytellers could conjure. The riches more priceless. The secrets more corrosive. The love and betrayal more passionate and devastating.

Across the Red Sea, the pillars of the great oval temple once bore my name: Bilqis, Daughter of the Moon. Here, to the west, the porticoes knew another: Makeda, Woman of Fire. To the Israelites, I was queen of the spice lands, which they called Sheba.

• What do we actually know about the Queen of Sheba?
We know something about the Sabaean (the Israelite Sheba = ancient Arabian Saba) people: that they had a capital in Marib, a sovereign “federator” who united the kingdoms of Saba, an elegant and evolving script, a sophisticated dam near the capital that turned Marib’s dusty fields into oases, and that there is great evidence of Sabaean settlement in the area of Ethiopia near what would become Aksum. We know the Sabaeans of the 10th Century BC worshipped the moon god, Almaqah, though experts do not agree whether this was a male or female deity. We know that in terms of the ancient world, they were quite rich due in large part to their cultivation of frankincense in the southeastern region, and that they had an extensive and evolving trade network that extended as far north as Damascus, as far east as India, and as far west across the Red Sea as Ethiopia and the continent beyond.
• The queen is a very minor character in the scope of the biblical narrative, but you assert that her famous visit to King Solomon is vitally important in the scope of Old Testament history. Why?
For two reasons. If the story of the United Monarchy (the kingdom of David and his son/successor, Solomon) is not true, then the bedrock of three major world religions (Judaism, Christianity, and Islam) collapses into fiction, and the claim of Jews to the land of Israel with it. Perhaps the authors of 1 Kings and 2 Chronicles knew that, because they took the opportunity to basically say, “Hey, this queen from the ends of the earth, that famous Queen of Sheba, came and brought tribute to our king, and blessed him and our god and said ‘All that I heard was true, and I never even heard the half of it!’” This is fascinating. It begs the question: what was it that was so great about this female sovereign—in a time when the world was ruled by men—and a pagan, no less… what was it about her that was so outstanding that her endorsement of Solomon, his riches, wisdom, and god, held so much weight as to be included in the Old Testament narrative? Who was this woman who matched wits with the wisest man in the world—whose throne was so secure that she could leave it and make the 1400 mile journey of half a year to visit this king… before making the long trek back? Well, this must be a woman worth knowing something about. 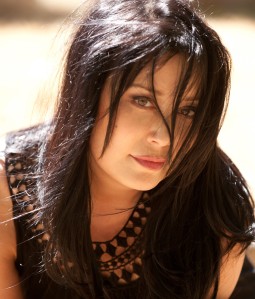 • You recently won the 2014 Gold Medallion for fiction—what people may not know is this is the only award given each year by the ECPA for Christian fiction across all genres. And yet you’re known for your controversial points of view and pushing limits of the category. What is it about your books that you believe resonates so much with Christian readers?
I think it’s that I’m willing to go there and get gritty. To admit that halfway through the writing of Iscariot, I realized I was no longer writing his story… but my own. Havah is also my story. They all are. And we’re not that different, you and I. I like writing about these maligned characters because even though we may not want to, we can often identify with them far more readily than the good guys, who seem so untouchable. We all feel let down at some point by the way God fails to adhere to our agendas for Him. We all have moments when we think, “if you knew me—really knew me—you would not love me.” We all fail with the best of intentions, and we all want to be embraced exactly as we are. We are all as capable of darkness as we are of light—and often the darkness is far more tangible. The stuff in the Bible isn’t sterile—far from it. It’s gory, violent, sexual, and messy. But so is life. I want to be honest about fear and compromise as I am about hope, beauty and redemption.

• It’s probably no surprise that you used to be a freelance writer. But you’ve also been an online gamer, a pageant queen—were first-runner up to Mrs. United States—a model and a leadership consultant to Fortune 500 Companies with the Gallup Organization. How have each of these seeming disparate experiences informed your experience as a best-selling author?
Online gaming, when I was doing it—before avatars and the time of EverQuest, even—was solely text-based. We’re talking about the early 90s, during the time of dial-up modems when online gaming boiled down to collaborative story-telling. I spent nine years writing about imaginary characters online. I don’t know how many words or pages that amounted to (hundreds and hundreds), but I assert often that everything I learned about characterization happened from role-playing in text and writing online—from slipping into the skin of characters I could only portray with words. The pageant thing, the modeling thing, gave me invaluable training in media. The year I was Mrs. Nebraska (1996) was when I started public speaking. Suddenly, I had a platform, and people assumed I had something to say. Well, I did, and that led to me going to work for Gallup. Working as a consultant, my primary job was as a speaker and teacher. This, too, has proved invaluable when it comes to speaking on writing and to the media. I’m very comfortable in front of an audience of 20 or 1000.

• What are one or two things that your readers don’t know about you?
I danced semi-professionally as a classical ballerina in my teens. I also used to be a concert pianist. I have the greatest fans in the world, am terrible at math, can’t work if my house is messy, and am a crack shot with a deer rifle.

• What are you working on next?
I’m taking a break from biblical historicals. My next two books will be something different. And then I’ll delve back into the biblical world again.

What others have said about The Legend of Sheba

“Another winner from Lee.”
-Publisher’s Weekly

“Tosca Lee has outdone herself with Legend of Sheba.”
-Best-selling author Erin Healy

A few links to find Tosca: